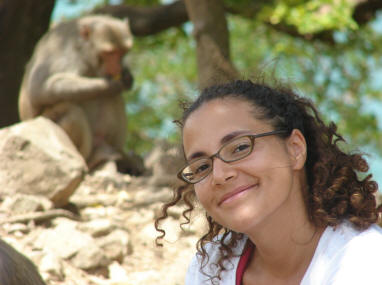 You are Invited to the first annual Darwin Day Dinner Friday, February 13th at the Continental Manor in Norwalk located at 112 Main Street, Norwalk. Cocktail Hour will begin at 7pm and a full course
Dinner will be served at 8pm. The price is $60 per person. There will be a Science Quiz (with prizes) and a talk by Dr. Laurie Santos, Assistant Professor at Yale in the Department of Psychology, titled: “Sex, Evolution, and Human Nature.”

Dr. Santos teaches the enormously popular undergraduate class: “Sex, Evolution, and Human Nature,” and is the Director of the Comparative Cognition Laboratory at Yale which investigates the evolutionary origins of human cognition in part by studying non-human primates. Dr. Santos holds a BA, MA and PhD from Harvard University.

Darwin Day is an international celebration of science and humanity
held on or around February 12th, the day on which Charles Darwin was born in 1809. Specifically, the event celebrates the discoveries and life of the man who first described biological evolution via natural selection with scientific rigor. More generally, Darwin Day expresses gratitude for the enormous benefits that scientific knowledge, acquired through human curiosity and ingenuity, has contributed to the advancement of humanity. This will be a memorable event for all, and everyone is guaranteed to go home smarter, or at least knowing more than when they arrived!

This event is sponsored by The Congregation for Humanistic Judaism of Fairfield County, Wilton Monthly Meeting of the Religious Society of Friends (Quakers) and The Unitarian Church in Westport.